Home » About Us – Meet our Team

We have worked all over the world, within different areas of the snowsports industry. Entering our 11th year in Tignes our wealth of experience and local knowledge ensure we always deliver a great product.

We are fully licensed and insured with the French and Swiss authorities. Our British drivers hold professional qualifications (ROSPA) and undertake a medical examination to ensure they are safe and physically capable of working in an alpine environment. The team is dedicated to making your journey an enjoyable and comfortable experience.

All our vehicles are long wheel base Renault Trafic 9 seat minibuses. This means you have plenty of room for skis/boards and any other holiday essentials you may need. We have USB charging points in each van too should your phones or tablets need power. All vans are equipped with 4 winter tyres and snowchains so you will be sure to get to your destination safely. We have a stock of children’s seats, please let us know your requirements in your initial enquiry.

You can view our most recent reviews from previous clients on Trip Advisor – Alpine Sherpa. 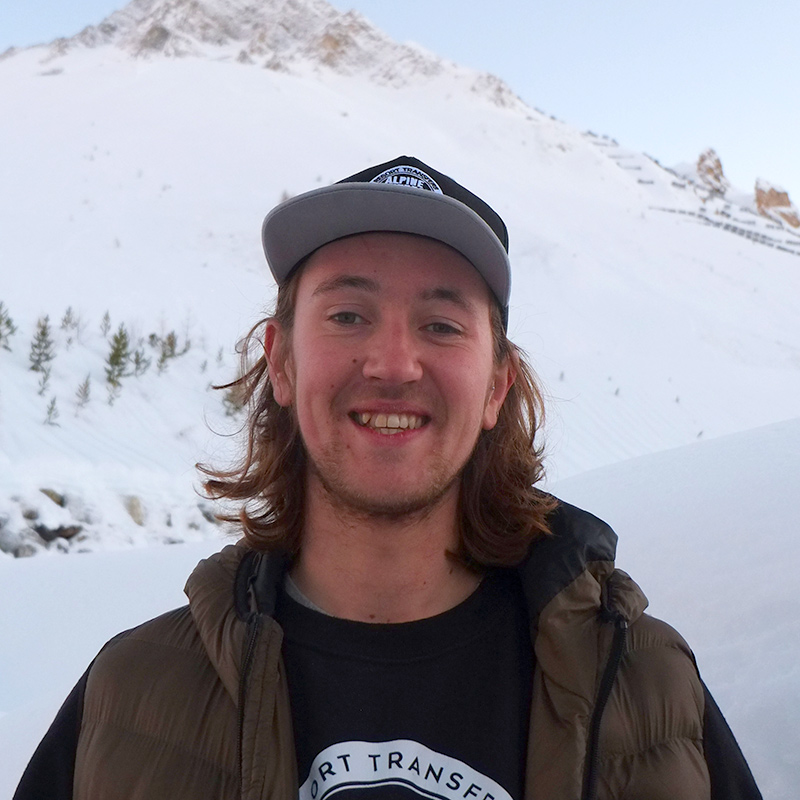 When he’s not driving: After napping and making tea for the team, Joe can be found exploring the Espace Killy off-piste, you name it he’s done it. Joe’s motto is ‘ain’t no mountain high enough’ 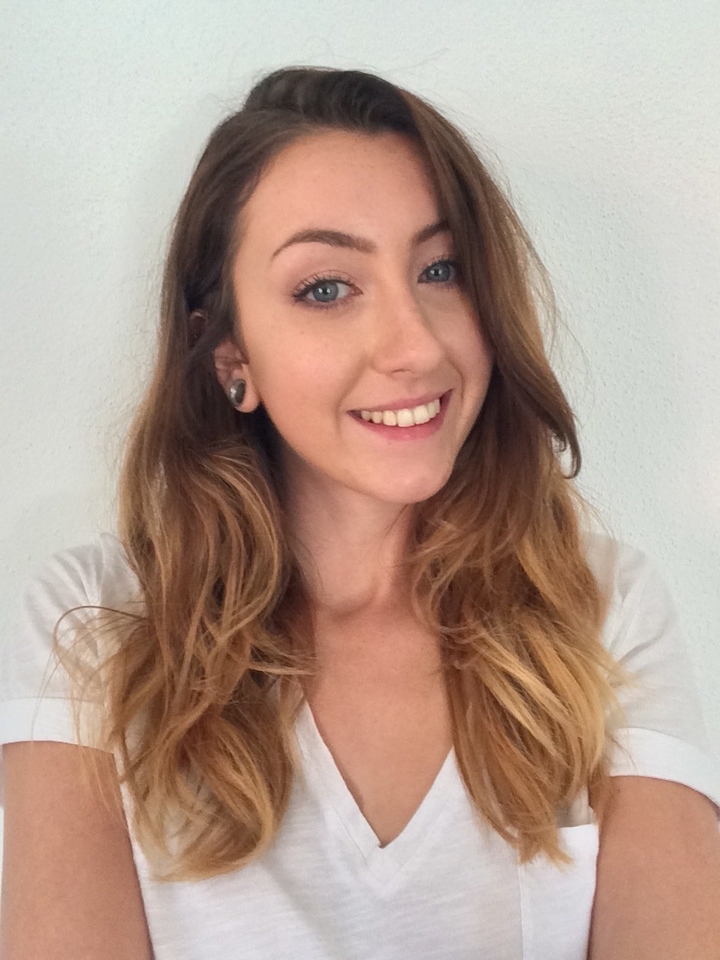 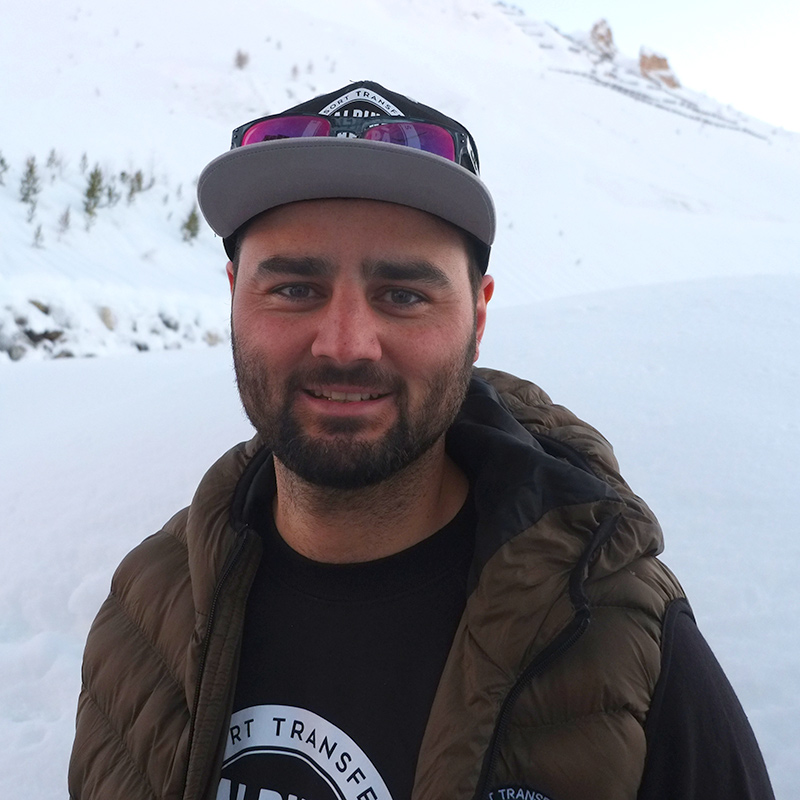 When he’s not driving: He’s not actually on the road all that often, because usually he’s making all the reservations for The Tignes Chalet Company. He’s the spare driver that every reliable transfer company needs! 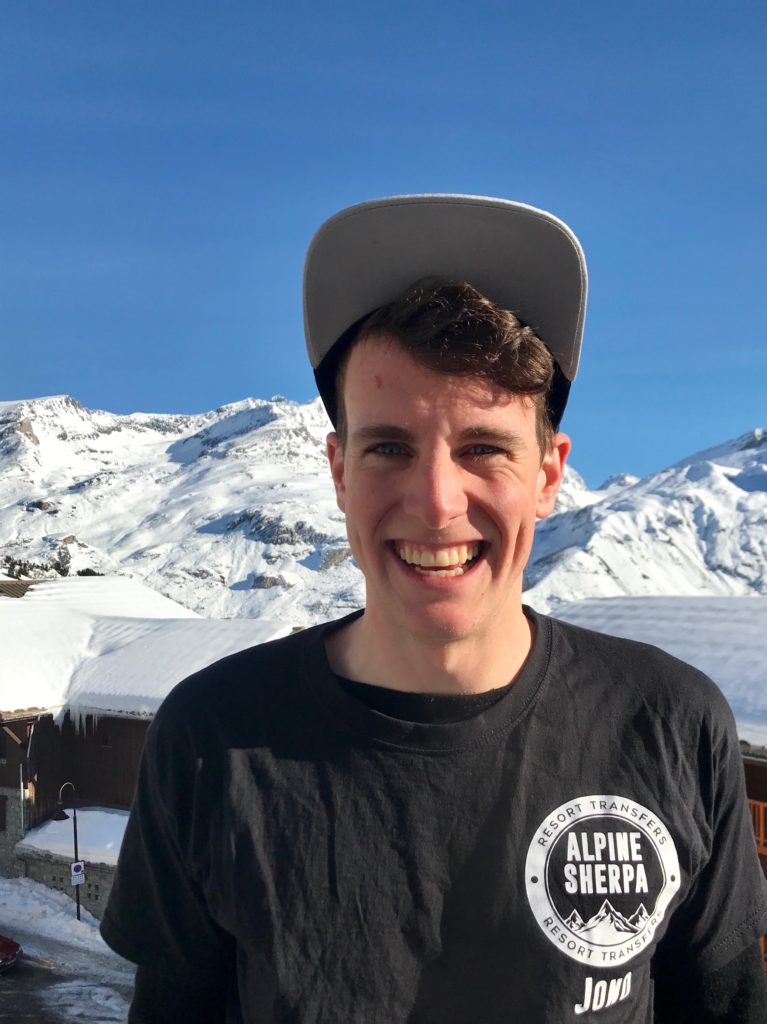 When he’s not driving: Our resident canoeist, Jono has competed at national level on the canoe circuit. While the rivers are frozen, Jono has been loving his life on the skis. Excited to explore every corner of the Espace Killy, Jono is out first and back last. Don’t hold this boy up, especially on a powder day! 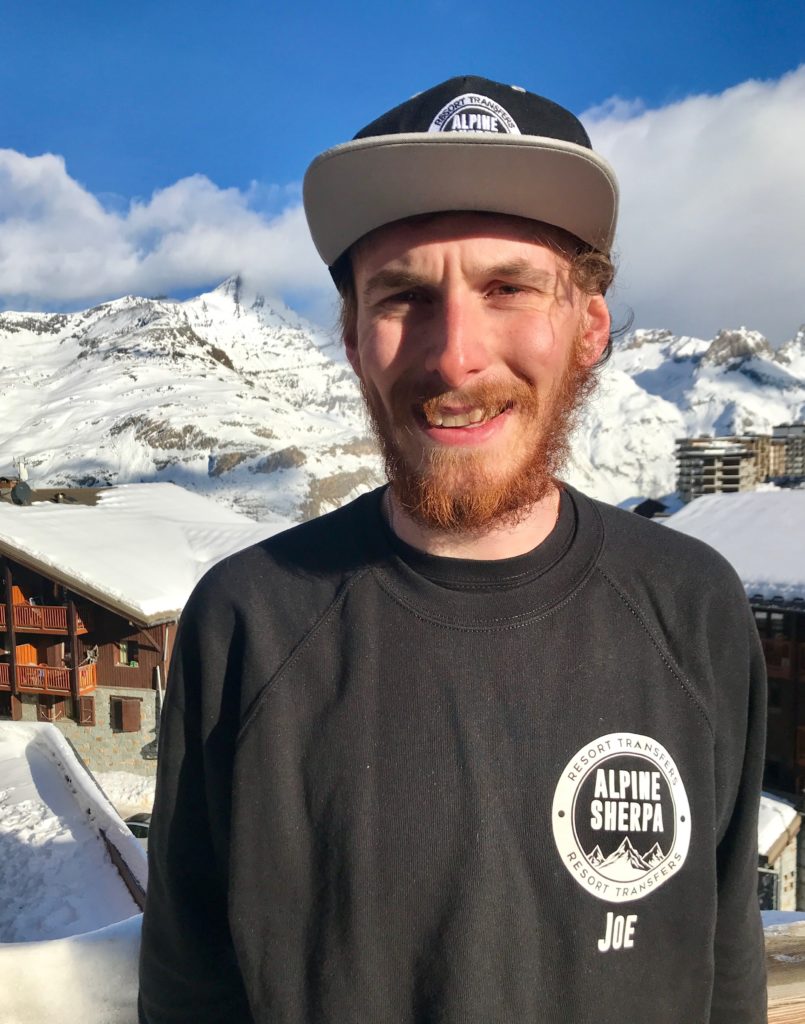 When he’s not driving: His second ski season, Joseph is a master of the slopes, and will usually be found slashing and sliding around all over Tignes and Val D’Isere on his snowboard. 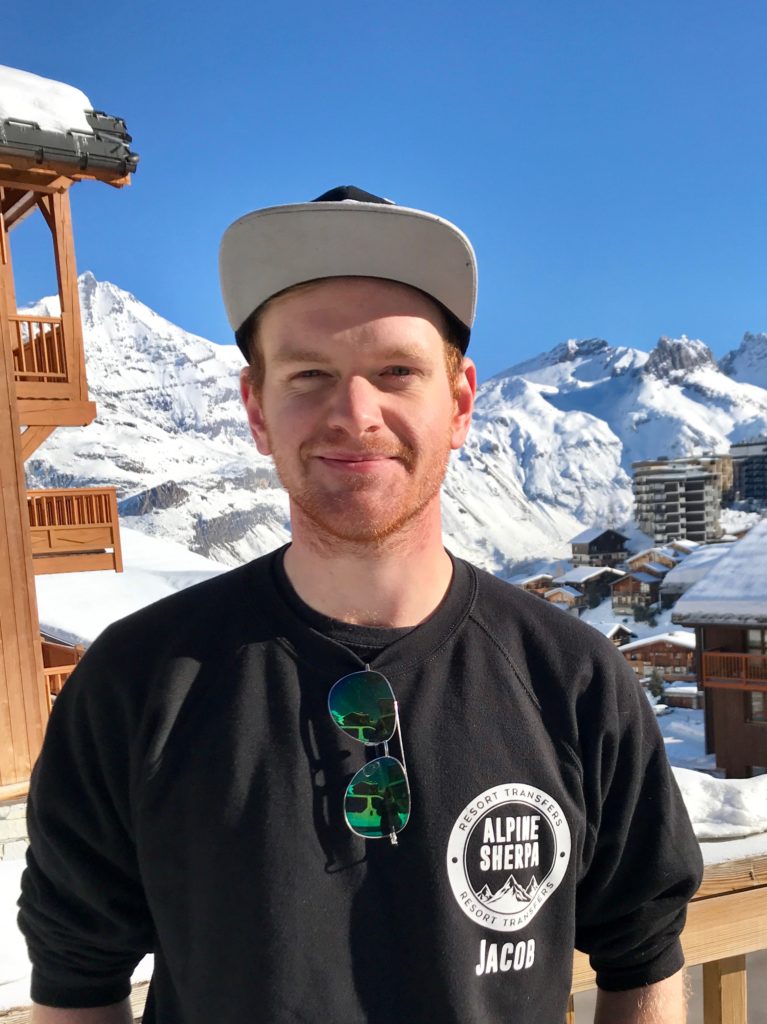 When he’s not driving: Jacob is our resident skydiver. With over 100 jumps under his belt and aspirations to become a pilot, it’s hard to keep this guy grounded! 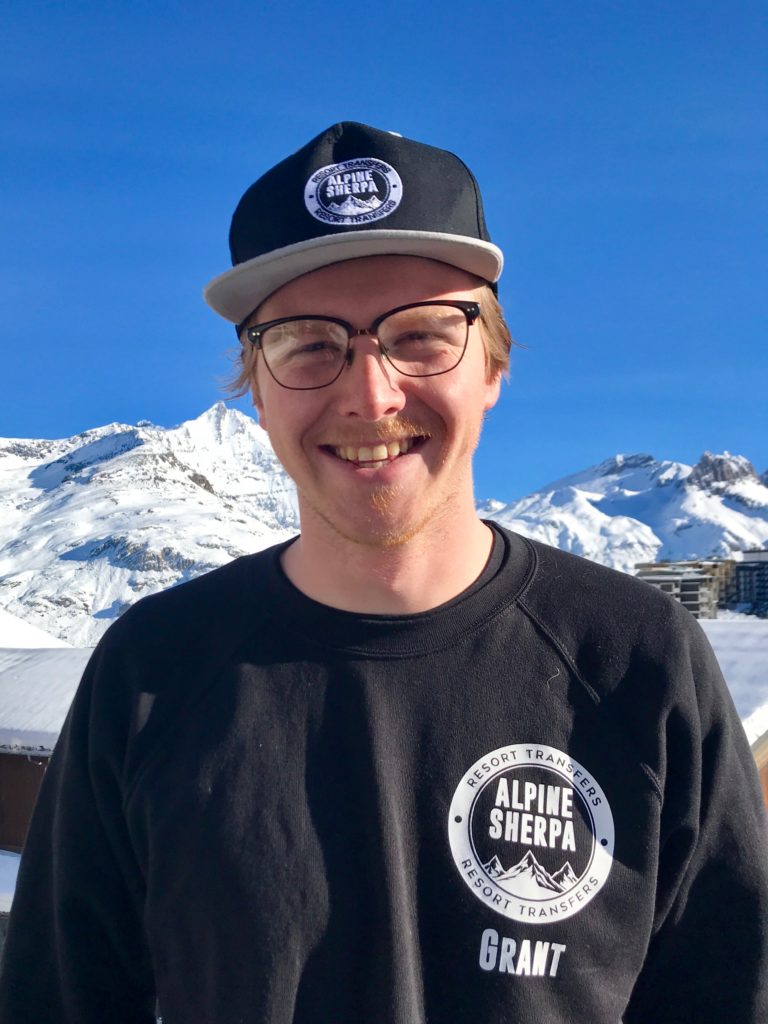 When he’s not driving: Grant has found love since coming to Tignes, with his skis! New to the planks, Grant has taken to skiing and is loving his time honing in his newly acquired skills. 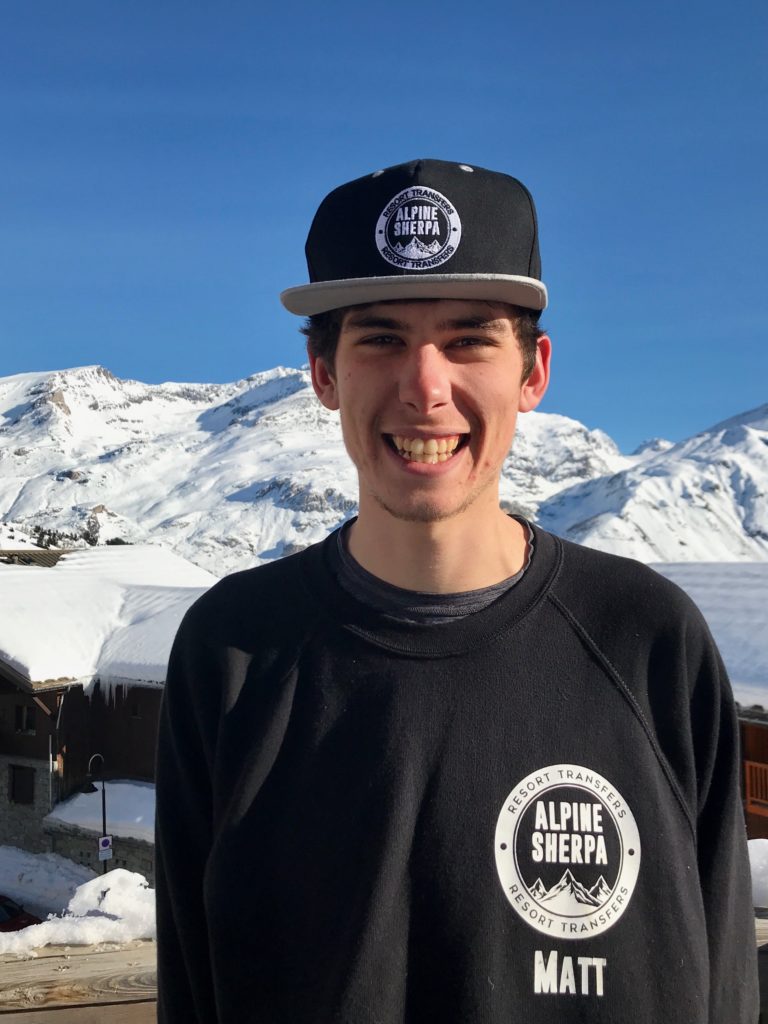 When he’s not driving: Matt the mountain biker spends his summer ripping up the tracks of Devon and his winters carving up the piste on his snowboard. 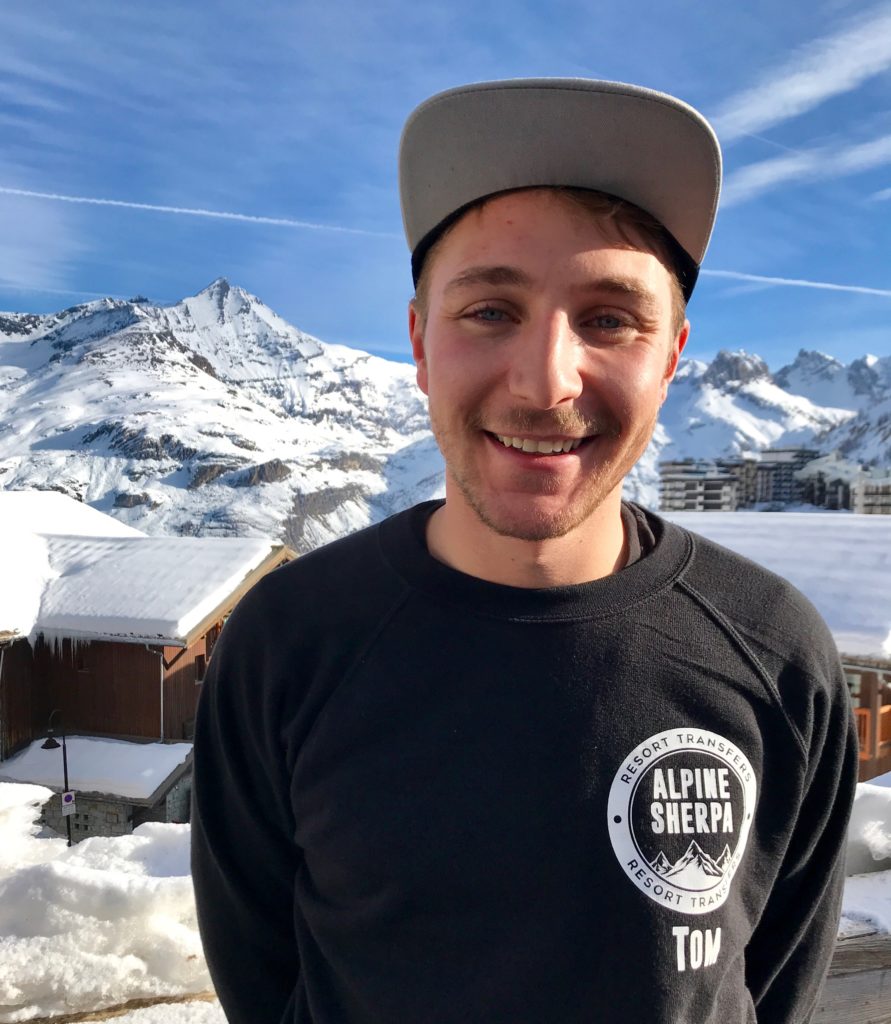 When he’s not driving: Another return seasonaire, Tom’s back to keep improving on the planks. 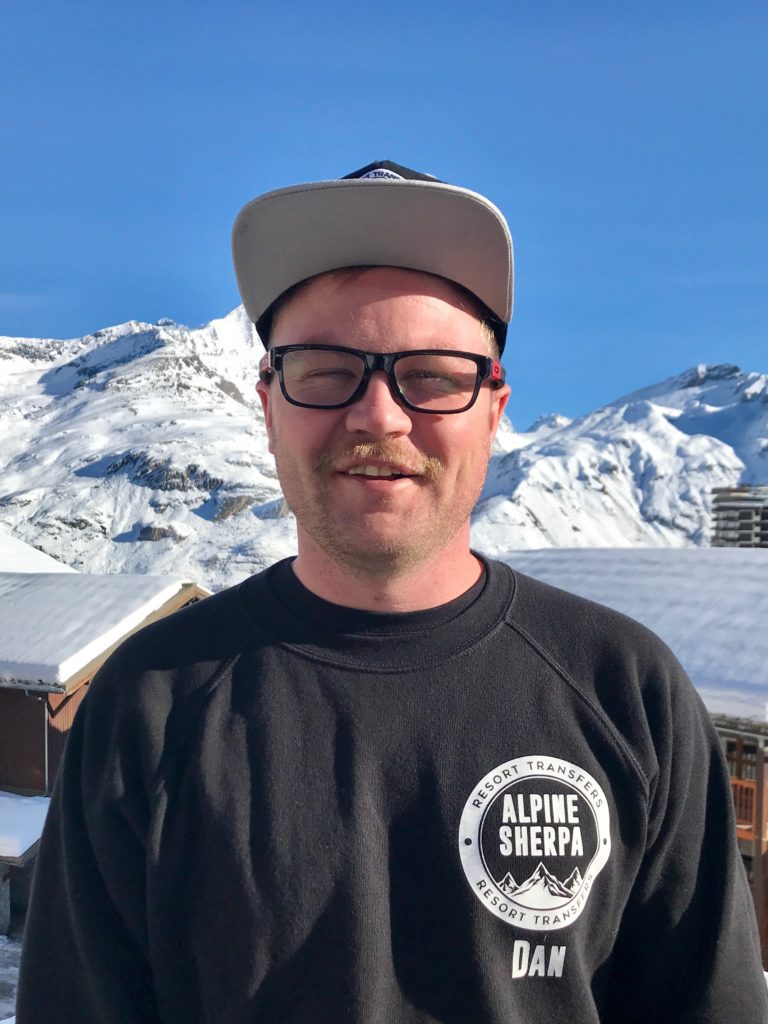 When he’s not driving: Dan arrived in Tignes after years spent living and travelling around Australia and NZ. Carpenter Dan loves ripping it on his board and tends to spend the rest of his spare time waxing his moustache. 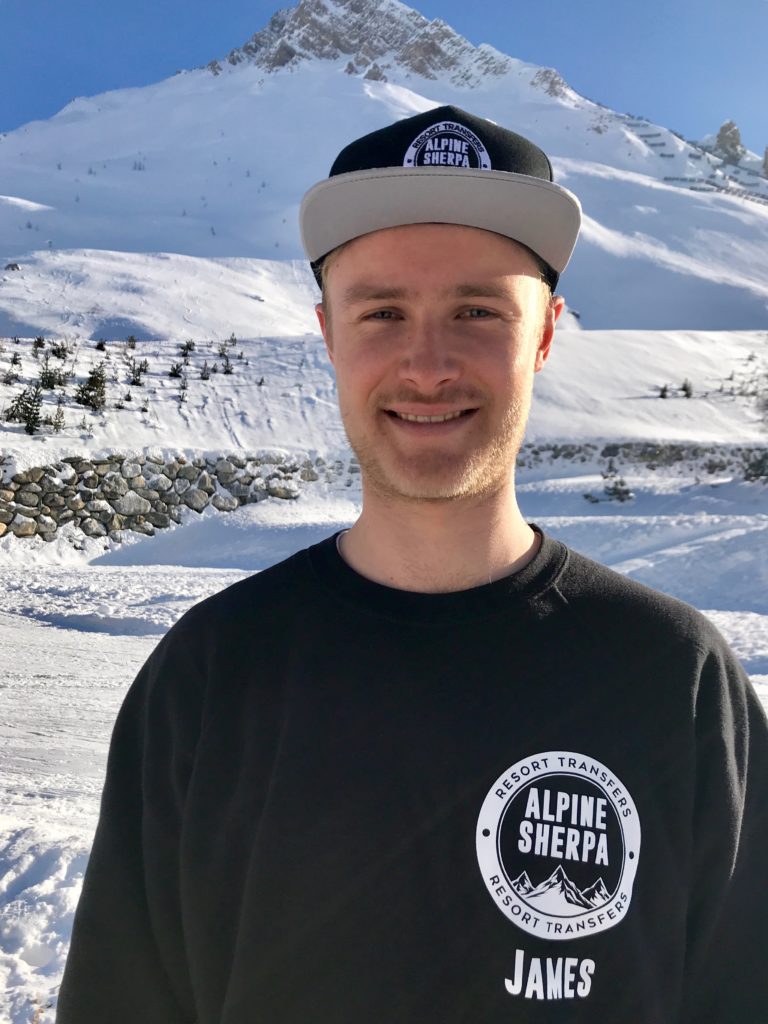 When he’s not driving: James is fresh from Swansea University and has come to Tignes to improve his skiing and explore the mountains of the Espace Killy 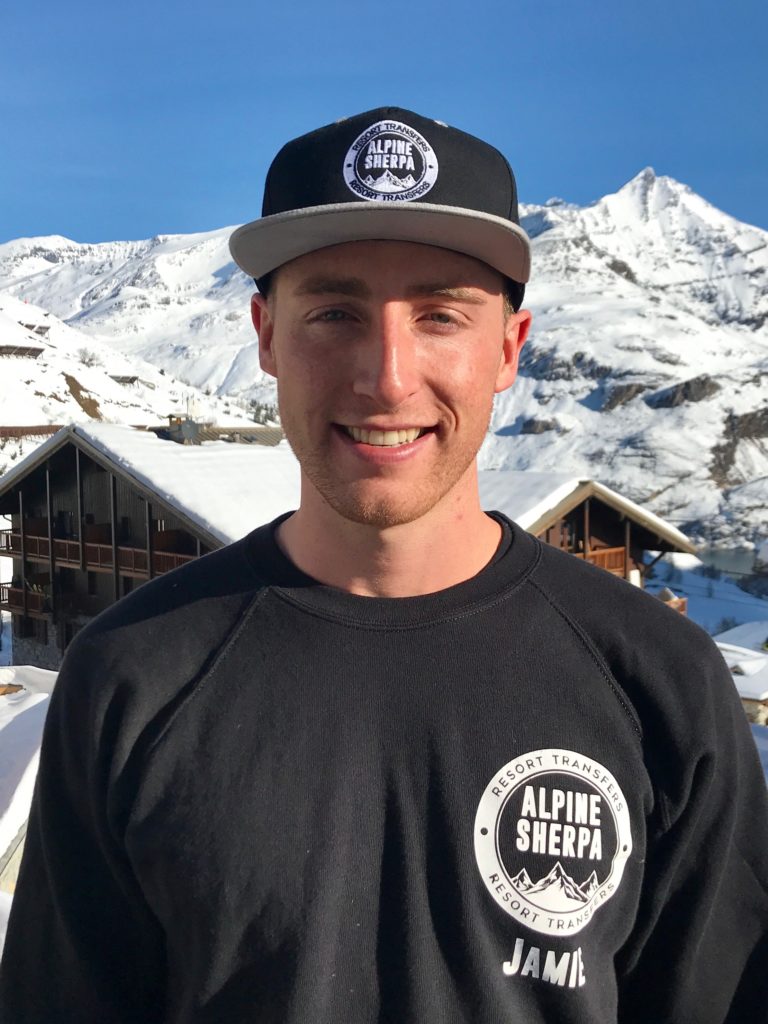 When he’s not driving: Prior to arriving in Tignes, Jamie spent his time playing rugby union and sprinting. Now the snow has temporarily stopped this, he can be found on the piste charging around on his skis instead of the pitch