Keep a safe distance
The more space you keep around you, the less risk of a collision.
Rear-end crashes are one of the most common forms of traffic accidents. When stopping, the early use of brake lights to warn the driver behind you may well prevent a shunt from behind – so effective is the technique that the latest models of cars flash your brake lights if you brake hard and even flash the hazard warning lights when braking extra hard.

Try to keep space to the sides of your vehicle and avoid wherever possible driving directly alongside another vehicle, especially if that places you in the blind spot of the other driver, for example a truck. Can the other driver see you? A good indication is whether you can see him in his mirrors. If someone pulls up beside you and matches their speed to yours, adjust your speed slightly to create space next to you. That way, if needed, you have an escape route out of trouble.

Take your time
In busy congested conditions or in built-up areas give yourself time. There’s no need to speed and you won’t get there any quicker.
In 2010 40% of all road-traffic fatalities happened in built-up areas compared to 6% on motorways, 75% of all traffic accidents happen in town where there are generally more hazards per mile.

The risk of fatality in your car is dependent on speed,  a rear end shunt on the motorway is unlikely to be serious if the collision speed is low, but hitting a child, a cyclist or a motorcyclist even below the urban speed limit can be fatal. Don’t treat speed limits as a target and ensure you are constantly taking road and traffic conditions into account.

Pay extra attention where there are junctions, traffic lights and pedestrian crossings. In particular, try to anticipate what pedestrians and cyclists might do. If pedestrians, particularly children, are looking the other way, they may step out into the road without seeing you. Knowing that you have plenty of time to complete your journey will help you to relax reduce the temptation to speed.

Look ahead
Don’t just look at the vehicle in front and in your mirror to observe what is going on immediately around. Anticipate what is happening ahead of you by looking at the furthest point along the road as well as observing the behaviours of your fellow road users. One of the main causes of accidents is the failure to recognise a hazardous situation. If a driver fails to see the possible danger, he or she cannot take steps to avoid it.

The average driver reacts to an expected event in 0.7 of a second, and up to three times longer when the event is unexpected or the driver is distracted. This means that it can take up to 2.5 seconds for a driver to react to an event. Satnavs are fast becoming a major cause of driver distraction where the driver often blindly follows instructions rather than anticipating the road ahead. What you see takes priority over what the satnav says.

Look after your vehicle – Think F.L.O.W.E.R
Ensuring that your vehicle is serviced regularly will help to avoid breakdowns and accidents caused by vehicle faults. To ensure safety for both yourself and those around you and to keep your vehicle running smoothly, remember FLOWER:

Fuel – Play it safe and stay topped up.

Water – Keep the screen wash full and use plenty of additive in winter, BEFORE it freezes up.

Rubber – The safety implications of under-inflated tyres include the increased risk of a blow out at high speed due to excessive heat building up in the tyre. The legal limit for minimum tread depth on your tyres is 1.6 millimetres, across the central ¾ of the tread around the complete circumference of the tyre. Worn tyres reduce the effectiveness of braking, steering and acceleration, particularly in the wet. Worn tyres are not only dangerous, they are illegal – you could face a fine of up to £2,500 plus 3 penalty points per tyre.

Take note of signs
Road markings and signs are essential to the safety of the road user. Most road improvements reflect past collision history. So in such areas be alert to what might have caused the hazard in the first place and so keep your distance and slow down. As a general rule of thumb:

More signs = more danger
By law, traffic routes must also be suitably indicated where necessary for reasons of health or safety. In particular, signs with a red triangular border are usually warning signs.

More paint = more danger
Road users often seem totally unaware of the relevance of road markings, even when they see them. The more paint there is on the road surface, the more potential danger there is.

More street lights = more danger
Assume lamp posts mean 30 mph, until signs say otherwise – but remember it could be 20 mph. The law does not allow highway authorities to put repeater speed limit signs on 30 mph roads that have street lights. Instead the Highway Code advises that street lights usually mean the limit is 30 mph unless there are signs showing otherwise. However, on the open road, the presence of street lights seen ahead will indicate a junction or roundabout coming up – clearly an area of greater danger. Not many people will recognise that every roundabout in the UK is lit by street lights at night.

Distractions
Trying to do something else (use a mobile phone, use Satnav, eating something) at the same time, is distracting. Listening to music with the volume too high can encourage drivers to speed. Distracted drivers find it much more difficult to maintain their awareness of what’s happening on the road, and are more likely to speed. Using a mobile phone while driving is a classic example of this. The law requires drivers to be in proper control of their vehicle at all times, and drivers who, for example, smoke or eat while driving could be prosecuted under this law. 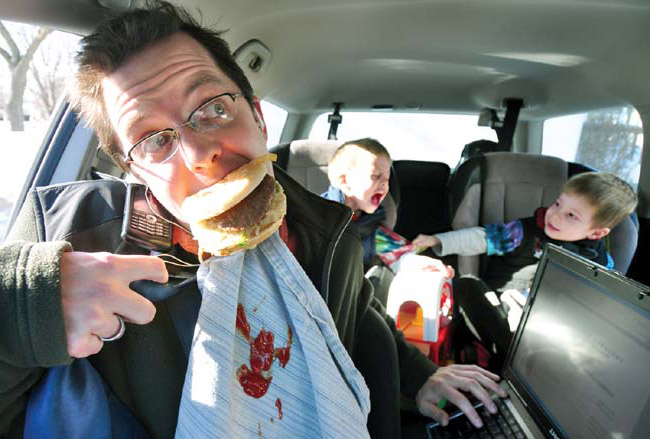 Be safe, be seen
People don’t generally hit what they see – so put yourself where you can be seen. Don’t stay alongside trucks and vans where the driver cannot see you. Position for vision and early decisions. Every year about 400 people are killed in EU countries when drivers fail to detect objects in their blind spots . Most victims are pedestrians, cyclists and motorcyclists.

Safe parking
Damage to vehicles often happens in car parks where we least expect it. Think prevention! Use space – park away from other vehicles, trolleys and activity areas where possible. 40% of all company traffic accidents involve parking, maneuvering or reversing. It may seem easier to drive straight into a space, especially when you want easy access to your boot at the supermarket, but reversing into a space provides you with several advantages. The main advantage is that it is safer to reverse into somewhere you can see (the parking space) than reverse into somewhere you can’t (the line of moving traffic).

Driving tired?
Someone driving on a motorway at 70 mph who nods off for six seconds would travel more than 200 metres in that time. Never drive whilst tired. On long journeys stop for at least a 15 minute break every 2 hours. Don’t drink and drive. Alcohol impairs your driving, even a small amount. Also think carefully if you’re safe to drive the morning after. 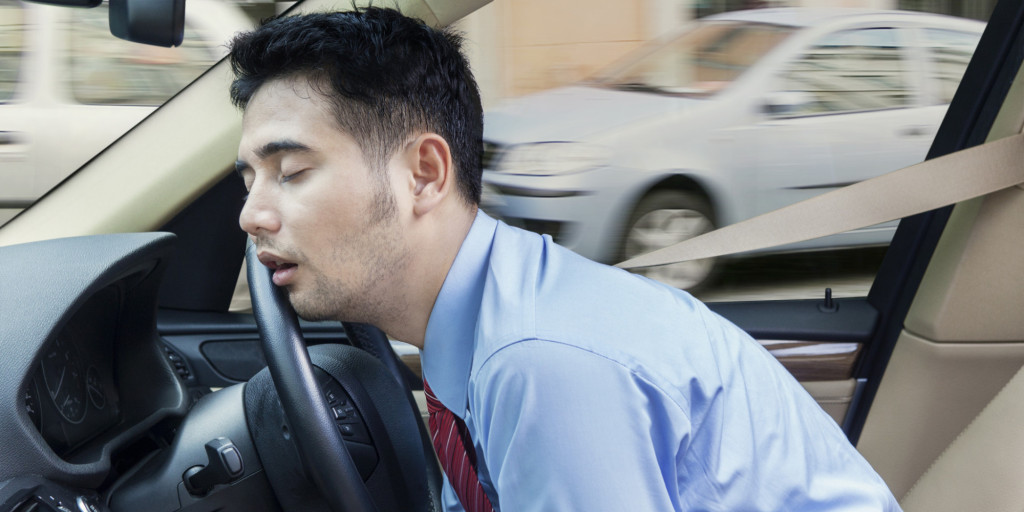 C.O.A.S.T
As experience improves, often attention levels diminish. Get to know what affects a drivers attention levels and watch for those who are affected. Think COAST. Concentration – Don’t become distracted. Focus on the primary task at hand, namely driving.

Observation – Pay close attention to other vehicles and changes in their movement. Anticipation – Anticipate the good and bad intentions of other road users to avoid accidents.

Time – Plan journeys, allowing enough time to arrive safely without the need to drive fast. Finally, always be calm and courteous to other drivers.